Study Confirms that Yoga and Stretching Help with Back Pain 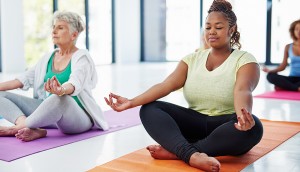 The New York Times reported the findings of a study at the Group Health Research Institute of Seattle. The findings confirmed that people with chronic back pain who took weekly 75-minute classes and also practiced yoga or stretching three times a week for 20 minutes at home reduced their amount of back pain.The study examined 228 people. These people were then divided into three groups:

The study found that the people in the yoga and stretching groups did twice as well as with functional tasks as those in the control group. Many in the first two groups said their pain felt significantly better and were very satisfied with the results.The doctor who ran the study cautioned that yoga may not work for everyone. She said that the amount of yoga that helps would vary from patient to patient.

The doctor also stated that the stretching exercises were deep stretches and not the light stretches most people do after a workout. Each stretching routine could last two minutes instead of the 30 second routine done in light stretch workouts.

The information contained in this blog is for educational purposes only. This blog does not create a doctor/patient relationship.

If you have any pain problems or questions,  please call our office in Langhorne, Bucks County, PA at 215.741.7031.Our pain management doctors help patients in Bristol, Langhorne, Levittown, Newtown, Richboro, Doylestown, Philadelphia and many other places in or near Bucks County, Mercer County, and Montgomery County. We can be reached at 215.741.7031

This entry was posted in Chronic Pain, Exercise and tagged back pain, chronic pain, stretching, yoga. Bookmark the permalink.